Android is a pioneering mobile operating system, middleware and a few key applications brought into being by Google. It’s founded on an adapted version of the Linux kernel along with various other open source software. 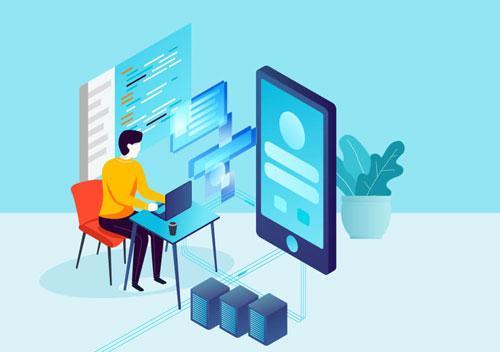 Unique ERP extends top-of-the-range Android training in Faridabad with some of the city’s most seasoned experts. Our instructors have the renown of working in major MNCs for considerable years in the domain of Android and its allied technologies. We are fully cognizant of the burgeoning industry needs and offer Android courses in Faridabad with more hands-on. We have devised our course outline to complement the practical needs at both beginner and advanced levels.

What is an Android?

Android is a pioneering mobile operating system, middleware and a few key applications brought into being by Google. It’s founded on an adapted version of the Linux kernel along with various other open-source software. The OS is designed mainly for touchscreen mobile gadgets such as Smartphone and tablets. The reigning version is “Android 9 Pie” which was unveiled in August 2018. Android deviations also find extensive use with game consoles, PCs, and digital cameras.

Android is linked with a core code of Android source called Android Open Source Project (AOSP) and a collection of Google-developed proprietary software known as Google Mobile Services (GMS) which are often available with pre-installation on devices. These take in staple apps such as Gmail, Google Chrome, Google Play Store, etc.

Why is Android training essential?

In recent times, apps play a vital role in our day-to-day lives. As a matter of fact, mobile apps have become a part and parcel of our everyday routine. Therefore, an Android app developer is much sought-after. The primary responsibility of an Android developer is to design, develop a mobile app and put in efforts to enhance its performance. Sophisticated applications are designed with comprehensive interaction with APIs and data sources. Also, development efficiency is maximized by leveraging the latest progressive technologies.

On successful completion of the Android training and classes, a certified professional can work as an Android app developer and tester in topnotch IT companies. The training comes to the succour in developing forward-looking apps. The job opportunities are tremendous with attractive salaries and persistent job security. Weathered Android developers can boost their career prospects by working in some of the best game development, digital marketing, and ecommerce companies.

A Capsule of Android Training Course

Unique ERP’s Android courses include grasping advanced programming skill sets meant for mobile app optimization and fostering a thriving career as a mobile app developer. We make you proficient in creating and visualizing maps on a website by engaging Google maps. You’ll familiarize yourself in dealing with JSON concept, mobile specialist, and other APIs. Our course helps you become proficient in Android and SDK overview, history of Android stack, prime building blocks, basic and advanced UI, Android multimedia, and many more. Most importantly, you’ll attain practical experience to originate high-quality apps within the Play Store.

Android (an open-source OS) has gained a lot of momentum in the present time.

You can develop highly productive applications.

Development of the engaging application for all age-groups.

Get placed in your favourite organizations as android developers

Flexible hours according to you between 10 AM to 6 PM

In terms of computer education and training, Unique ERP is known for excellence in quality and for consistently delivering result. Unique ERP is the top IT Institute in Faridabad that doesn't provide IT training but makes all the students stand in the market.